Home | News & Events | Will Insurance Pay Up For Notre-Dame Fire?

Will Insurance Pay Up For Notre-Dame Fire? 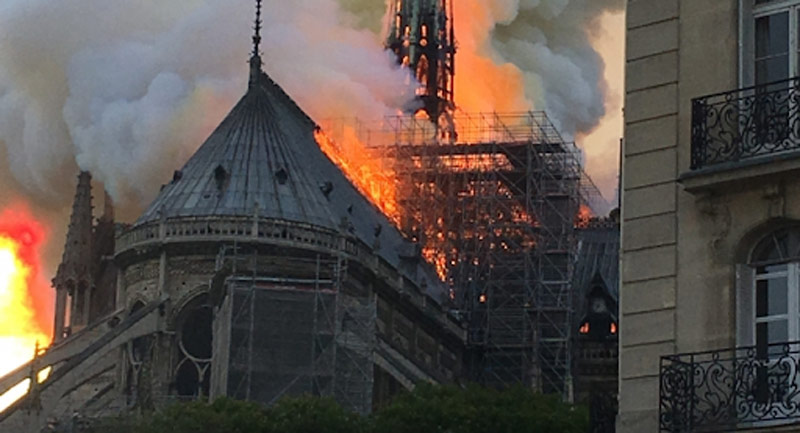 As more than a billion euros in charitable donations have poured in to help rebuild the one of a kind historic Notre-Dame cathedral some have queried why the French government does not simply make an insurance claim – the reason is simple: the cathedral was not insured!

Documents published by an official French government agency, La Documentation Française, confirms there is a general rule that ‘the state is its own insurer’, meaning that rather than pay out each year to insure all its government owned buildings, it simply foots the bill itself when damage occurs.  This is know as “self insurance”.

The French news organization Connexion asked the French Culture Ministry, which is responsible for the building, for confirmation that this applied to the Notre-Dame cathedral, and a spokesman said they are not currently commenting on the insurance of the building complex. However, Le Parisien reports that a government source confirmed to them the cathedral was not insured.

The general rule dates back to an internal Finance Ministry document from 1889, when it was decided that the state, which had previously taken out private fire insurance policies, would no longer do so.  The old document noted that “in view of the great number of its properties… the annual figure that the treasury would have to pay in premiums, if it was to insure all its buildings, would be disproportionate with the amounts it would be able to claim”.

In the same way as most old French churches belong to local church councils, cathedrals belong to the French government in the rules worked out between the French Revolution and laws on church state separation at the start of the 20th century. The state also maintains the buildings, which continue to be used for Catholic ceremonies.  Commentators note that the state may be able to claim against the insurance of the company that was undertaking restoration of the spire, in the event that any fault should be found on its part.  However, it is thought that such a claim on the insurance of a small business would have a ceiling of a few million euros (ten at the most), whereas experts think the Notre-Dame cathedral repairs will be well over a billion despite the fact the main walls were saved from the fire.

With President Macron announcing aims to rebuild in under five years and most of the bill therefore likely to go to the government, the generous donations will no doubt be very welcome...