Massey, Clark, Fischer offers liability insurance protection for many of the lawsuit/litigation examples listed below.  Are you protected? Should we review your coverage with you? Please give us a call so we may discuss this with you.

Florida’s number one Judicial Hellhole ranking for 2017 from the American Tort Reform Foundation (ATRF) is unlikely to be an achievement the State will celebrate any time soon.

Quite the opposite, according to business groups like the Florida Chamber of Commerce, the ranking is further evidence that Florida’s current legal climate is having a negative impact on the state. 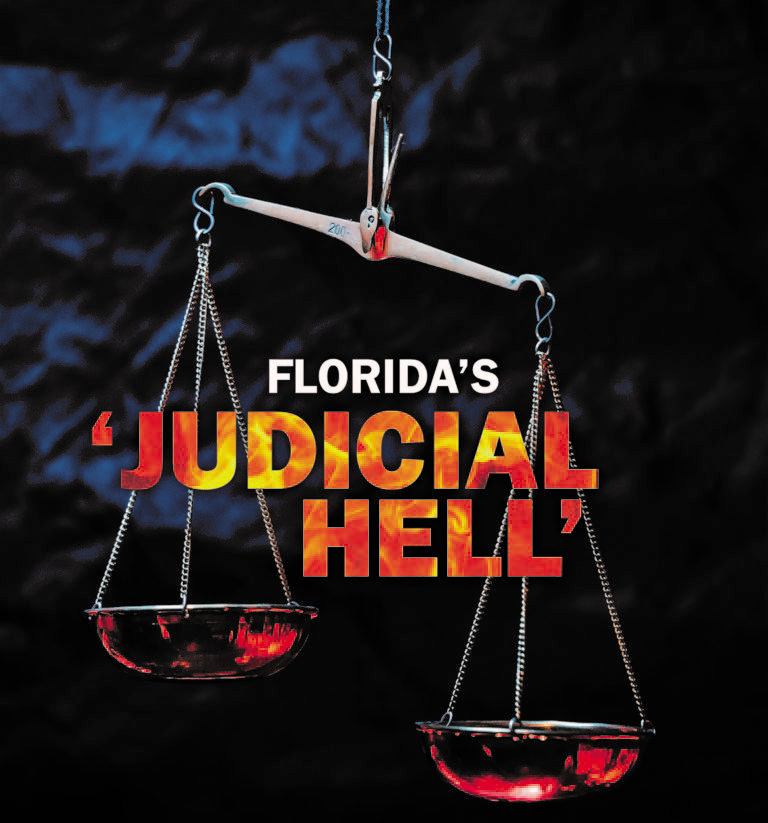 “Lawsuit abuse in Florida is an increasingly serious and expensive problem, and it just keeps getting worse. On average, it translates into a $3,400 ‘tax’ for Florida’s families each year, due to increased lawsuit abuse costs,” said Mark Wilson, President and CEO of the Florida Chamber.

Enough shade has been cast on the Sunshine State to rank it as the nation's worst Judicial Hellhole. The nonprofit ATRF, based in Washington D.C., Judicial Hellholes program, in place since 2002, identifies and documents places where judges in civil cases “systematically apply laws and court procedures in an unfair and unbalanced manner, generally to the disadvantage of defendants,” the report states.

Using content from the American Tort Reform Association’s (ATRA) real-time monitoring of “Judicial Hellhole” year-round activity, the goal of the program is to “shine a light on imbalances in the courts and thereby encourage positive changes by the judges themselves and, when needed, through legislative action or popular referenda,” ATRF said.

The report says that the Florida Supreme Court’s liability-expanding decisions and “barely contained contempt” for the lawmaking authority of Legislators and the Governor has repeatedly led to the State’s inclusion in the report. But in 2017 it was enough for the State of Florida to rank as the number one Judicial Hellhole — the first time since the program started 16 years ago — and knock California down to number two.

While the report calls out the State’s high-court’s plaintiff friendly majority, which shrunk in 2017 from 5-2 to 4-3, it puts the real blame on plaintiff’s lawyers — dubbed an aggressive personal injury bar in the report — which it says are tarnishing the state’s judicial reputation.

ATRF’s report says several liability cases and ongoing abuse of the system made it so that for the first time in the report’s 16-year history “enough shade has been cast on the Sunshine State to rank it as the nation’s worst Judicial Hellhole.”

The first case from January 2017, Charles v. Southern Baptist Hospital of Florida, the high court found that a 2004 amendment to the Florida Constitution that provides patients with a right to access adverse incident reports supersedes a federal law that says these reports are confidential. ATRF says the ruling is concerning because it discourages doctors from sharing information the broader medical community can use to limit mistakes and increase the quality of patient care.

At the same time the Florida Supreme Court issued this decision it found that the legislature could not maximize recoveries for injured patients by limiting attorney fees in malpractice claims against public hospitals in the case of Searcy, Denney, Barnhart & Shipley v. Florida.

Over the summer, in a decision that was not seen as a surprise, the high court invalidated the state’s reasonable limit on noneconomic damage awards in medical liability cases in its 4-3 decision in the North Broward Hospital District v. Kalitan case. The report says in this ruling the court sided with the state legislature and governor in finding Florida’s medical malpractice insurance crisis never existed and, even if it did, it was over.

The final decision the Judicial Hellhole report cites came in November in the case of Weaver v. Myers that refers to patient privacy in medical malpractice cases. The court invalidated a 2011 state law enacted to “place plaintiffs and defendants on level ground when initially evaluating the merits of medical malpractice allegations and thus encourage settlement of valid claims without the need for litigation.” The report says the high court court’s majority opinion suggesting defense counsel might ask doctors to share patient information beyond the scope of the specific malpractice allegations was made on “wholly speculative grounds.”

ATRF called out ongoing fraudulent and abusive litigation practices, as well an aggressive personal injury bar in South Florida, as another factor behind the state’s number one Judicial Hellhole ranking.

In addition to fraud related to the state’s personal injury protection (PIP) system, the report cites the major uptick in assignment of benefits (AOB) abuse over the last several years.

PIP, which provides policyholders up to $10,000 for medical expenses stemming from auto accidents no matter who is at fault, was reformed by lawmakers in 2012 in an attempt to stem abuses from lawyers and medical providers such as chiropractors and medical clinics. But the reforms weren’t successful in eliminating all abuse of the PIP system. A major fraud sting by the Broward County Sheriff’s office last September resulted in the arrest of six personal injury lawyers who were alleged to have paid two truck drivers, auto repair employees and others to solicit “unsuspecting vehicle accident victims,” the report states.

In total, authorities say those who participated in the scheme received more than $1.5 million in kickbacks from fraudulent PIP claims in 2015 and 2016, and the FBI is now investigating.

But, the State’s AOB problem, which involves third parties such as contractors and attorneys who are assigned a policyholder’s rights and sue the insurance company over denied or disputed claims, has become an even worse situation. The report states AOB claims have skyrocketed over the past decade, from 405 filed in 2007 to more than 28,000 in 2016, with the lawsuits “overwhelmingly” concentrated in Palm Beach, Broward and Miami-Dade counties.

ATRF blames the State’s trial bar, citing a Wall Street Journal editorial that said Florida’s courts “have turned a blind eye to the abuse and insurance costs are predictably soaring.”

The scheme has also carried over to the auto repair side in what is called auto glass AOB abuse because of claims related to cracked windshields. This abuse of the AOB system is mostly happening in the Tampa area, but also occurring at high rates in South Florida. ATRF said these cases are filed by fewer than a dozen lawyers who appear to work with a small number of auto glass shops.

With reform efforts repeatedly being killed by the “powerful plaintiffs’ bar,” including in the most recent 2018 legislative session, the situation is unlikely to be resolved anytime soon.

“Leave it to South Florida law firms to turn a natural disaster into a class-action lawsuit,” the Judicial Hellhole report states, referring to a September 2017 lawsuit against Florida Power & Light Company on behalf of all of its customers after Hurricane Irma hit.

Soon after, the City of Coral Gables also filed a suit over power outages and slow response times. A spokesperson for FPL called the litigation frivolous.

The report concludes by saying that Florida “shows little inclination to make a much needed course correction.”

“So significant reforms face a steep climb in the state legislature,” the report says.

In addition, with three of the Florida Supreme Court’s judges reaching mandatory retirement age next year, there is set to be a showdown over who is appointed to take their place and decide the new balance of the court.

Ultimately, business groups say, the report’s findings about Florida are an indication that lawmakers should take action.