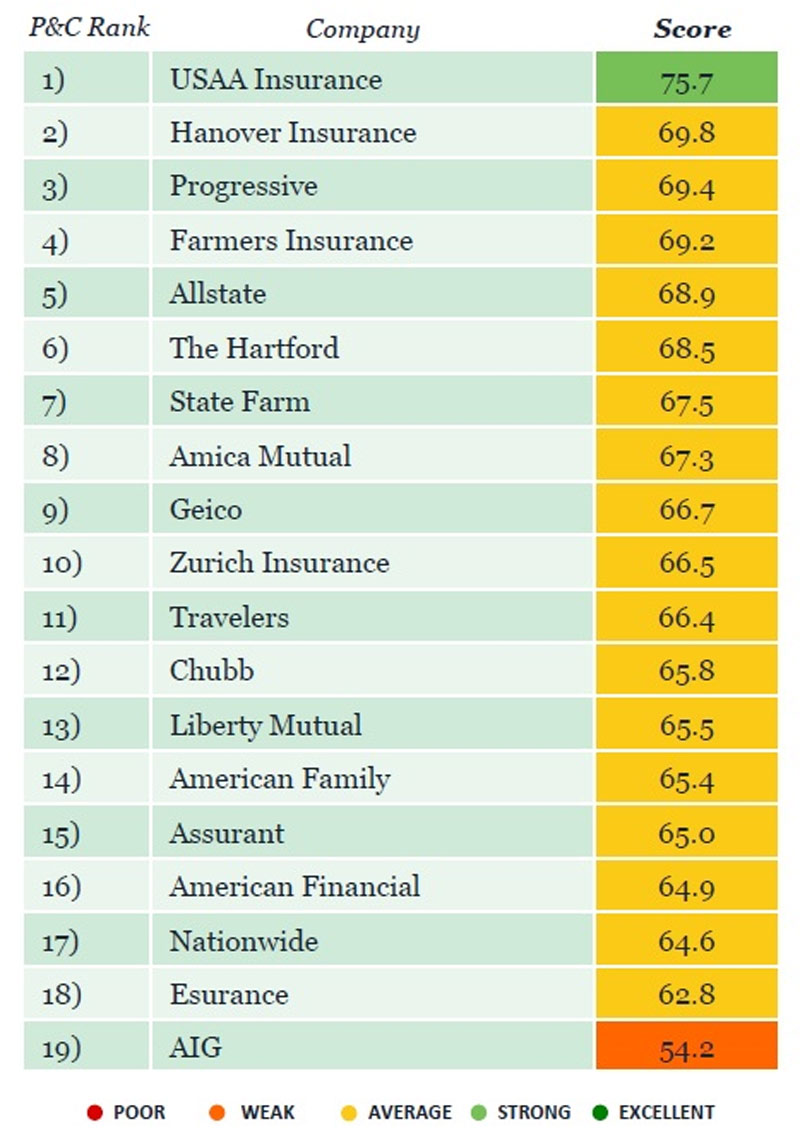 USAA Insurance has the highest and best overall reputation among insurers, according to a new report from the Reputation Institute.

The insurer landed in the top spot based on criteria including strong reputation, relevancy, expressiveness (brand strength, informativeness, relevancy), products and services, governance, citizenship and innovation.

After USAA, the property/casualty insurer with a strong rating, the next Property/Casualty insurers on the overall list are Hanover Insurance Group at number 5, and then Progressive in 6th place.

In issuing the report, the Reputation Institute said that insurers have reputational challenges that other industries don’t.

“The insurance sector has unique challenges. What drives insurance is not identical to other industries,” said Brad Hecht, executive vice president and market leader of Americas at Reputation Institute. “Innovation, workplace, and performance have higher impact on reputation for the insurance industry when compared to healthcare and financial industries. If insurance companies want to differentiate from financial services and healthcare companies, they should focus their efforts on these dimensions.”

The research that informs the RepTrak report is based on more than 2,920 individual ratings from U.S. consumers, addressing 44 nominated companies. According to the Reputation Institute, the survey quantifies the emotional bond consumers have with “leading companies and how these connections drive supportive behaviors such as intent to purchase, trust, work for or invest in the company.”

The insurance industry has an average 71.3 reputation score as of September 2018, up from 65.9 in February 2018, according to the survey.

The Reputation Institute describes itself as a “data-driven, reputation insights advisory firm, and provider of peer-to-peer membership services.”